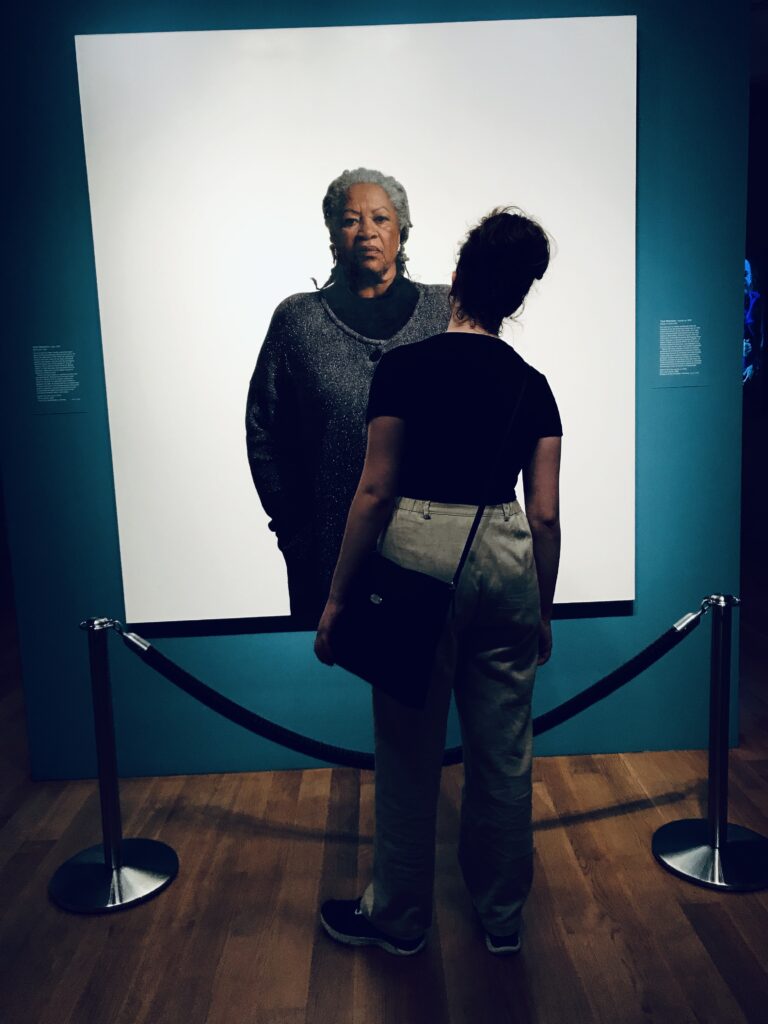 i told an ex (and by an i mean thee) i wanted the first edition copy of toni morrison’s song of solomon. he got it – it’s the 17th reprint with first print cover. that may be how he got me. in it, morrison writes, “you wanna fly, you got to give up the shit that weighs you down.” fitting words for anything you want to flee from or grow toward. admittedly, i never finished the book. or any of the other morrison gifts to the world i own for that matter – a mercy, love, god help the child, paradise, the bluest eye (that i found on the ground walking a college campus months before i published my own book). i may never finish them. i’m not a lazy reader. what i craved most from mother morrison was her mind. i wanted inside that glorious place.

i’ve always chased toni. if one can even or dare try. for years i’ve known i wanted to write a book. about what, i didn’t know. i just knew i had some story to tell and loved the beauty of putting words together then changing them in efforts for a better flow. whatever i would write, i became obsessed with writing it by or at 39. toni wrote the bluest eye, her first book at 39. i was a year late and published at 40 but i did it. and of course i quoted toni. it’s a book on love – the desire, denial and deliberations toward love – so i had to. i chose my favorite toni line (if not in life) ever. it’s from beloved. “love is or love ain’t, thin love ain’t love at all.” take that in.

i’ve since learned one doesn’t chase greatness. or maybe even whatever you want. it’s impossible. you learn it. study it. maybe stalk it in a healthy way. and lawd i’ve stalked everything chole wofford who the world knew as toni morrison. if there’s a youtube interview with her in it, i’ve seen it and can probably quote it. i’ve read or listened to all her npr interviews and netflixed and chilled with any documentary with her name it it. my last toni treat was the documentary toni morrison: the pieces i am that i saw in new york in june. there were 8 of us in the theatre. one lady left crying. i too shed a tear then strutted the down the street with my new inspiration and thoughts of her.

my favorite interview with toni was with charlie rose in 2003. per usual when interviewing her, charlie was mesmerized. he stated he felt she lived this fascinating life and eluded to her writing a memoir. “oh what a boring character i would make,” she said. “your life is not dramatic enough,” charlie asked. “my mind is what it’s interesting, my life is not. i don’t do anything interesting.” charlie followed up, “you do only what you love. do you worry i’ve got so much to do and there’s a finite time and i’m closer to the end than i am to the beginning?” toni closed with, “i felt pressured when i was 30. i thought time was infinite but i had so much to do. now there are other people’s request which i may accept or not. but i only have to think that’s really all i have do to. and be nice to the people i love. that’s all. and if i pick up a whole bunch of stuff i don’t want to do, that’s my problem, i don’t have to do it. i just have to think. i have to create. and i have to be a human being with other people.

at her core, i believe toni wanted to remind the world the basic principle of compassion and considerations i hope someone teaches us along the way. she intricately wove words that we’re still rereading in attempt to understand one fundamental concept – be a human being with other people. that simple. i will always admire toni for her work. beyond that, i will always adore the wise woman she was and inspired us all to be. take flight toni. you’ve surrendered to the air and showed us all how to ride it.